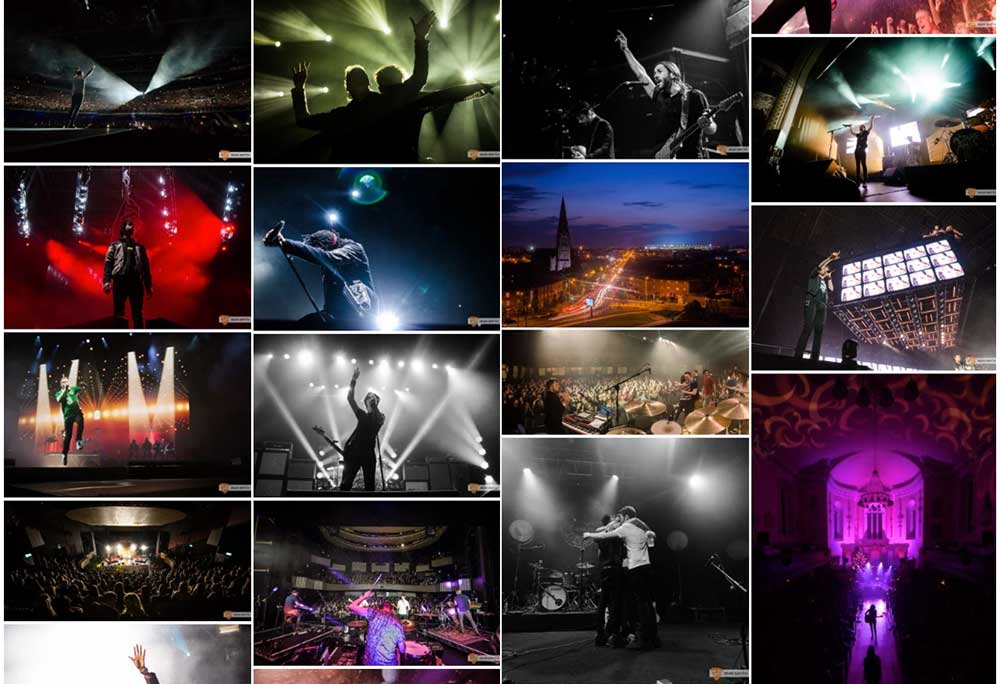 I’ve seen other photographers online share their best photos of 2016 and I thought it was a great idea. It was really nice to revisit some the gigs I’d shot over the last year and I’ve cherry picked some of my favourites that I’d like to share with you.

Some of my choices may not “technically” be the best photos from their respective galleries but sometimes it’s about the story being told too.

Walk the Moon at The Olympia Theatre

Catfish and The Bottlemen in the Olympia Theatre

This photo is from their first gig in The Olympia in 2016. They returned a few months later which I also shot.

It’s always a pleasure to have Access All Areas for shows. It means that I’m not trying to capture everything in 3 songs and it means I can get shots that no one else can get like this one above or the one below.

Airbourne at The Academy

Feeder at the Academy

This was a nice one to shoot. Back in 2011 this was one of the first “big” gigs I’d ever shot so it was nice to be able to shoot Feeder again this year.

Picture This at The Olympia Theatre, Dublin

So this is a little different from everything else in this set. I had went to Bruce Springsteen’s first gig in Croke Park this year but I took this long exposure shot from my balcony as the floodlights went up at the end of this second gig.

Overhead, The Albatross in Vicar Street

This gig was special for me. I’ve taken photos of my friends, Overhead, The Albatross many, many, many, many, many times in the past but this is a gig that they (and myself) have been looking to for a long time. With lighting by my fiancé, Conor Biddle it was a special day in Vicar Street for everyone involved.

This gig was also special. Earlier this year, Enemies said that they were calling it at day. This Vicar Street gig was their swan song and boy did they go out with a bang. This mightn’t be the best photo in the world but I love that all 4 members are embracing as they bid farewell to their fans. Lighting again by Conor Biddle.